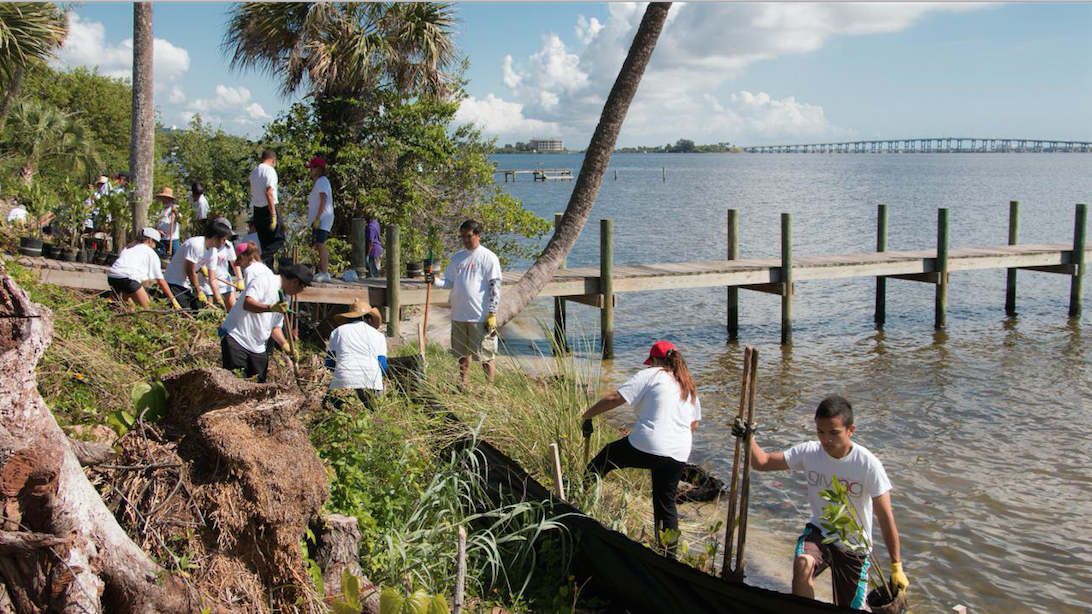 The Indian River Lagoon (IRL) is a 156-mile long estuary that runs along the East coast of Florida. It is a mixture of the Atlantic Ocean’s saltwater and the freshwater of the mainland’s rivers and is home to more than 4,300 species of animals and plants. Its diversity adds to Florida’s mark as being one of the world’s best fishing destinations.

Sadly, the Lagoon is in trouble. After more than two centuries of human occupation, pollution, the building of dam-like causeways, irresponsible fishing, and many other man-made problems the Lagoon is left deeply scarred. What was once crystal clear water now reflects a brown hue that reeks of dead algae during uncontrollable bloom seasons.

The work of saving the Indian River Lagoon surely won’t finish in the blink of an eye, but through generosity and love, the Lagoon and its future inhabitants may still have a chance.

The members of the Church of Christ in the local congregation of Cocoa Beach know and understand this issue. For the second year in a row, they joined forces with the Marine Resources Council (MRC)–an organization dedicated in rescuing the Lagoon–by planting mangrove trees along the shorelines of the IRL.

“You planting the natives is the cornerstone, the healthy part of really good lagoon life. By having that healthy cornerstone of native plants, the rest of the lagoon can then benefit.” – Nicholas Sanzone, Marine Resources Council

The mangrove’s unique, above ground roots act as nurseries for young fish and crustacean, its branches serving as a resting place for Florida’s diverse migrating birds. It also helps filter the dirty water and it anchors the shores of the Lagoon to keep it from eroding away.

Under the heat of the Florida summer sun, the brethren worked together with MRC to plant a handful of mangroves on the shorelines of Palm Bay, Florida and help clear the site of litter and invasive plant species. Although the little nook was just a tiny corner of the vast area covered by the Indian River, it was an important step closer towards the rehabilitation of the beautiful Lagoon. Hopefully soon, the residents and animals of Florida’s east coast can once again enjoy her crystal clear waters.

“The volunteers that volunteer a lot of their time–they get to see the benefits of the work they do by coming and visiting that same site. So when you drive by it or when you look at it from Google Earth, you’ll see the trees growing, and the water getting clearer, and the fish coming back to the area. And that kind of reward is better than money can buy.” – Nicholas Sanzone, Marine Resources Council

Special thanks to the Marine Resources Council’s Nicholas Sanzone for letting us lend a hand and for all the work the MRC does for the Lagoon.