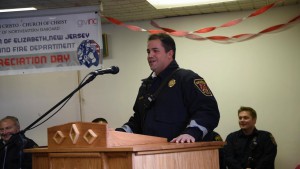 No matter where you go in the world, it is not often that these hardworking individuals are acknowledged or the work they do in the community, and this was proven by the reaction of both departments when they became aware of the event.

According to one of the volunteers, Brother Ray Del Rosario, the original plan was to visit both the Police and Fire Departments on the Appreciation Day. But, when both departments got wind of this, they insisted on a different plan. Out of sheer joy at the thought of being appreciated, these service personnel felt it only right to express their gratitude to the members of the Iglesia Ni Cristo. So they volunteered to visit the chapel compound instead and conduct a joint seminar.

Around 1:00 PM, the first group of policemen arrived at the chapel compound in Elizabeth, New Jersey, and then the firefighters showed up as well not too long after. All of them were greeted by the smiles of the members as well as the youth of the Church dressed in either police or firefighter uniforms.

Once everyone was gathered in the Function Hall, the program proper began with Brother Ray Del Rosario acknowledging the presence of both departments, followed by the opening remarks and prayer by Brother Jojo Madlangbayan, Jr.

All of those in attendance were able to learn many safety tips through the seminars of both departments. The youth of the Church were the ones who benefitted the most. Not only were the children able to see their hometown heroes, but they were able to speak to them and take pictures as well. The policemen and firefighters could not emphasize enough just how appreciative they are of this kind of gesture from the Iglesia Ni Cristo. But the policemen and firemen were not the only ones appreciative of this act of kindness of the Church.

The following day, the Mayor of Elizabeth, Mr. Chris Bollwage, visited the brethren. He, along with both departments is very optimistic about the presence of the Iglesia Ni Cristo (Church of Christ) within the community.

Mayor Bollwage is very familiar with the members of the Church of Christ in Elizabeth. He is well aware of how generous and the brethren are to the community. Considering the over 30 years of the Church’s existence in Elizabeth, Mayor Bollwage, the police department, and the fire department are confident that the brethren are sincere in their willingness to help the community.

Mayor of Elizabeth New Jersey along with members of the Church of Christ.
Contributed By: Local Congregation of Elizabeth, Ecclesiastical District of New Jersey 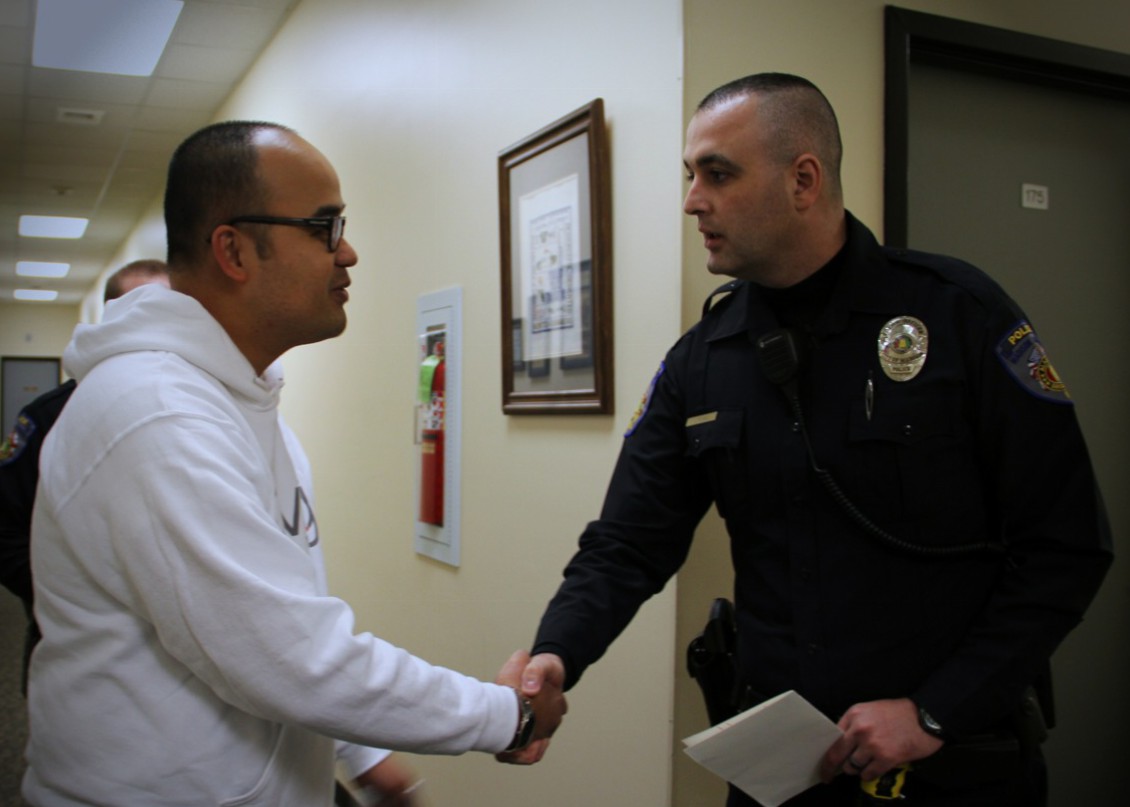 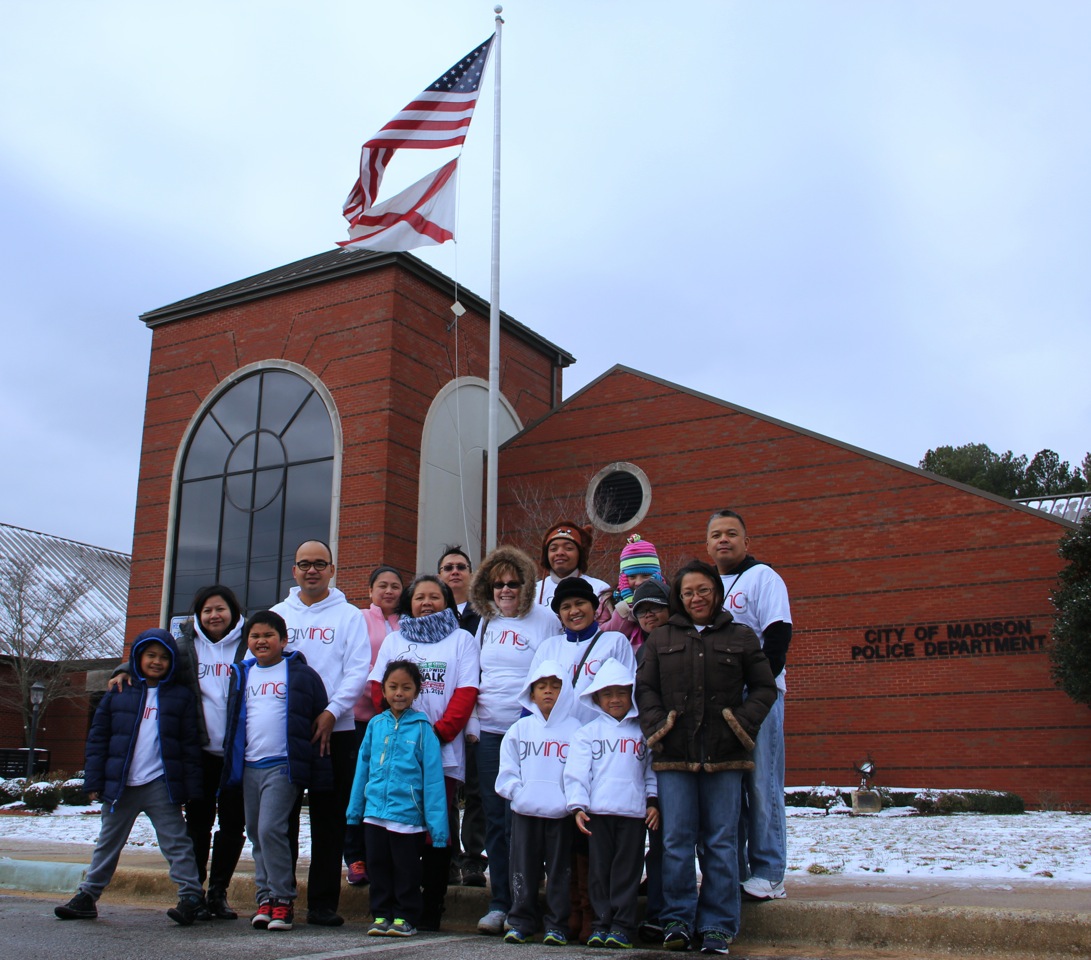 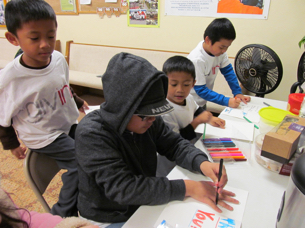 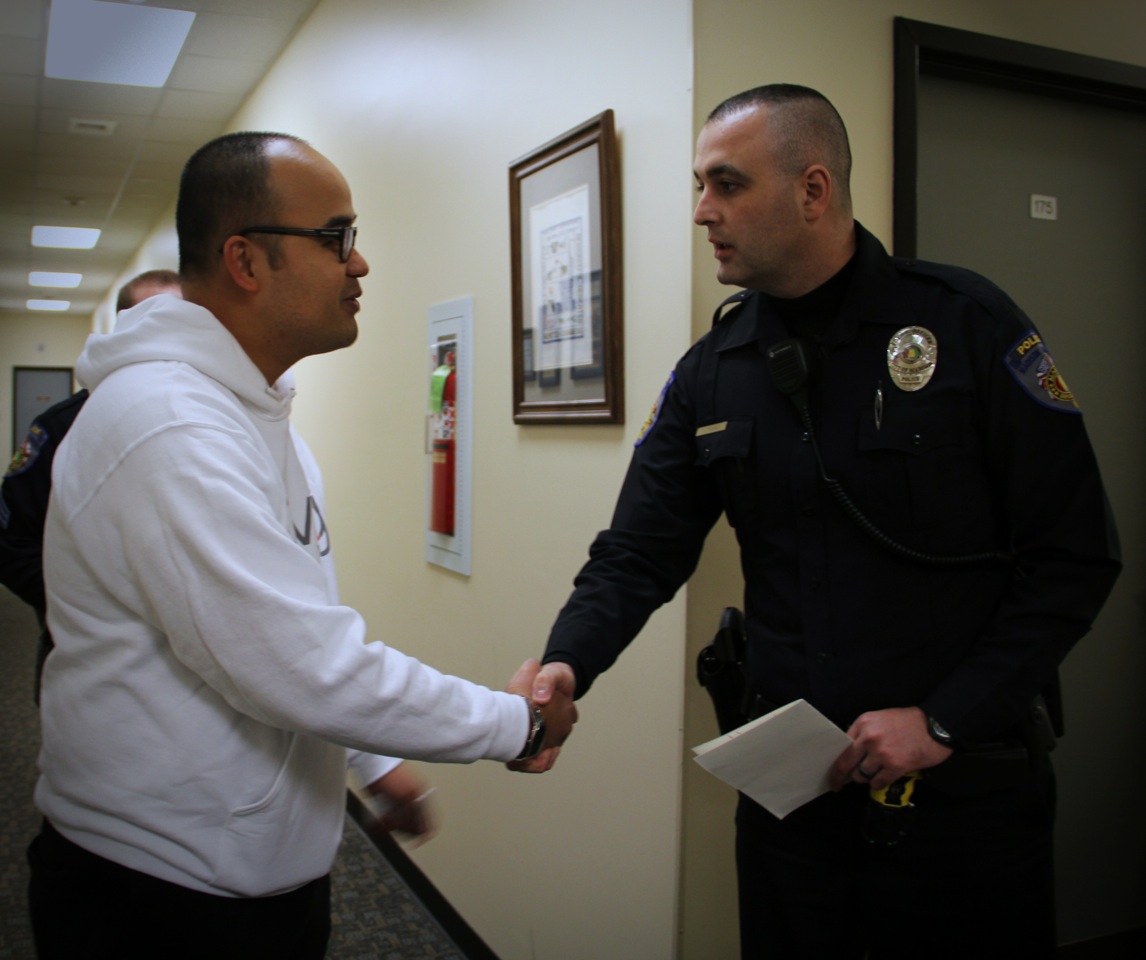 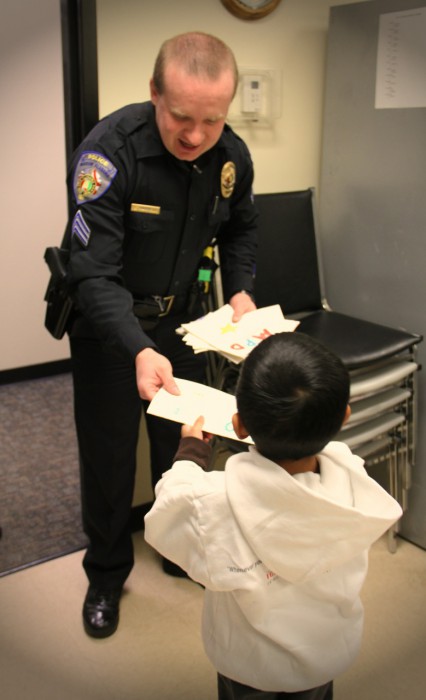 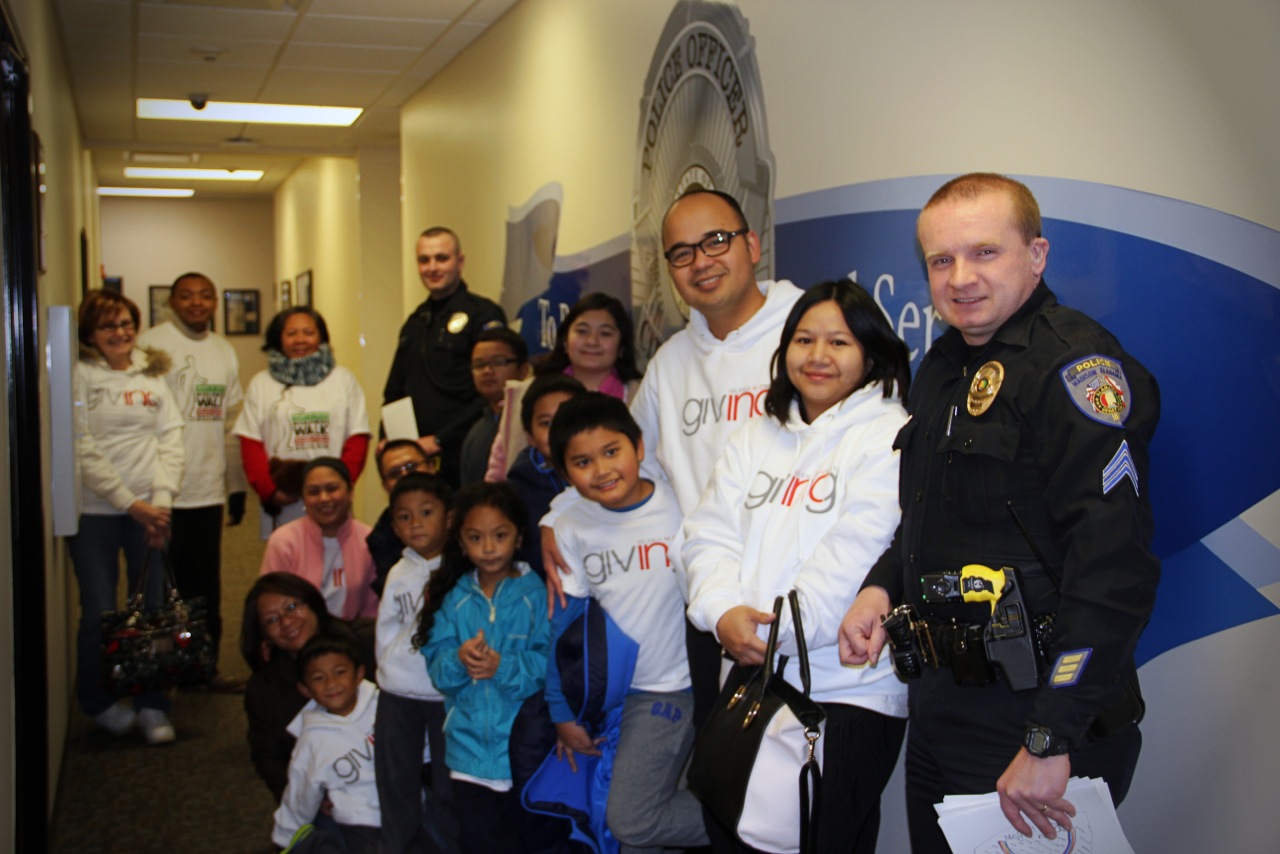 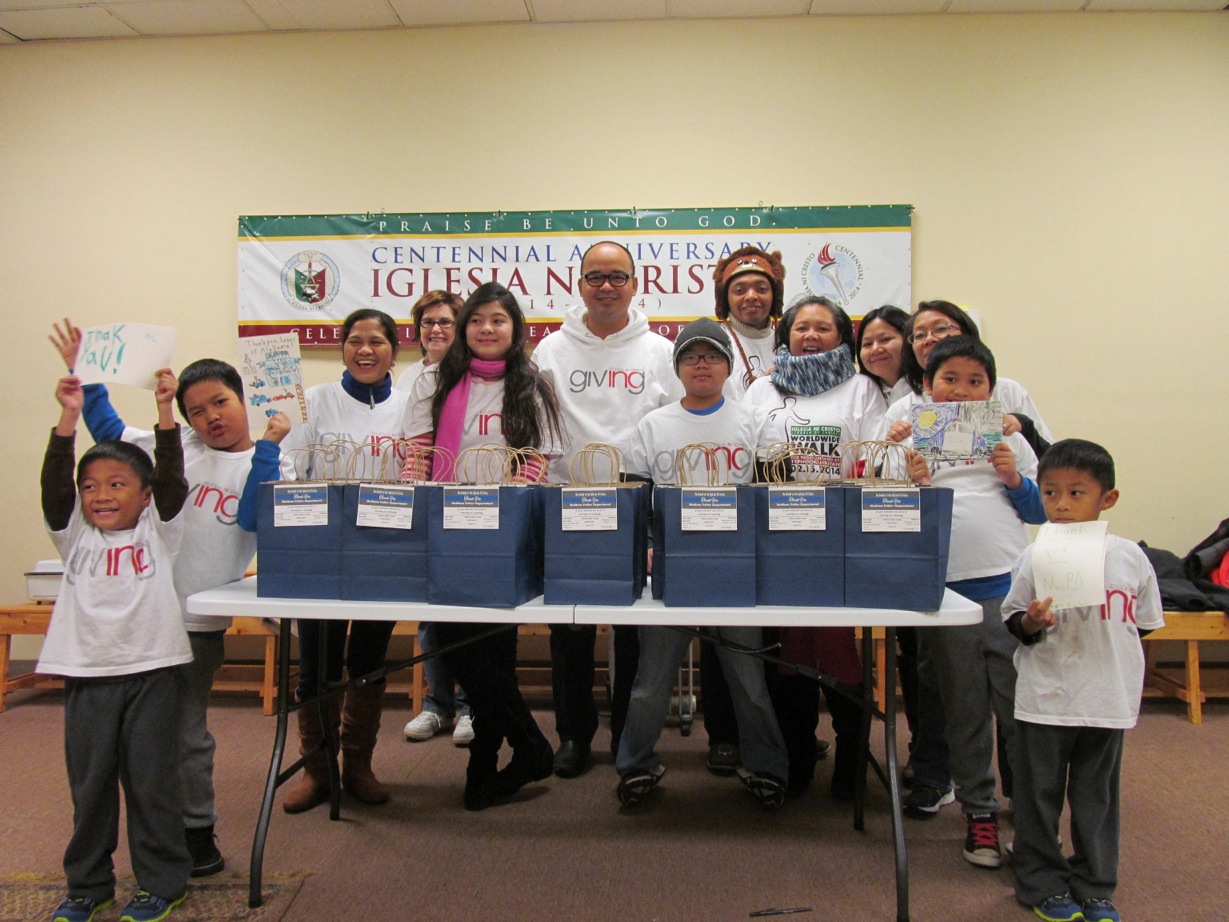