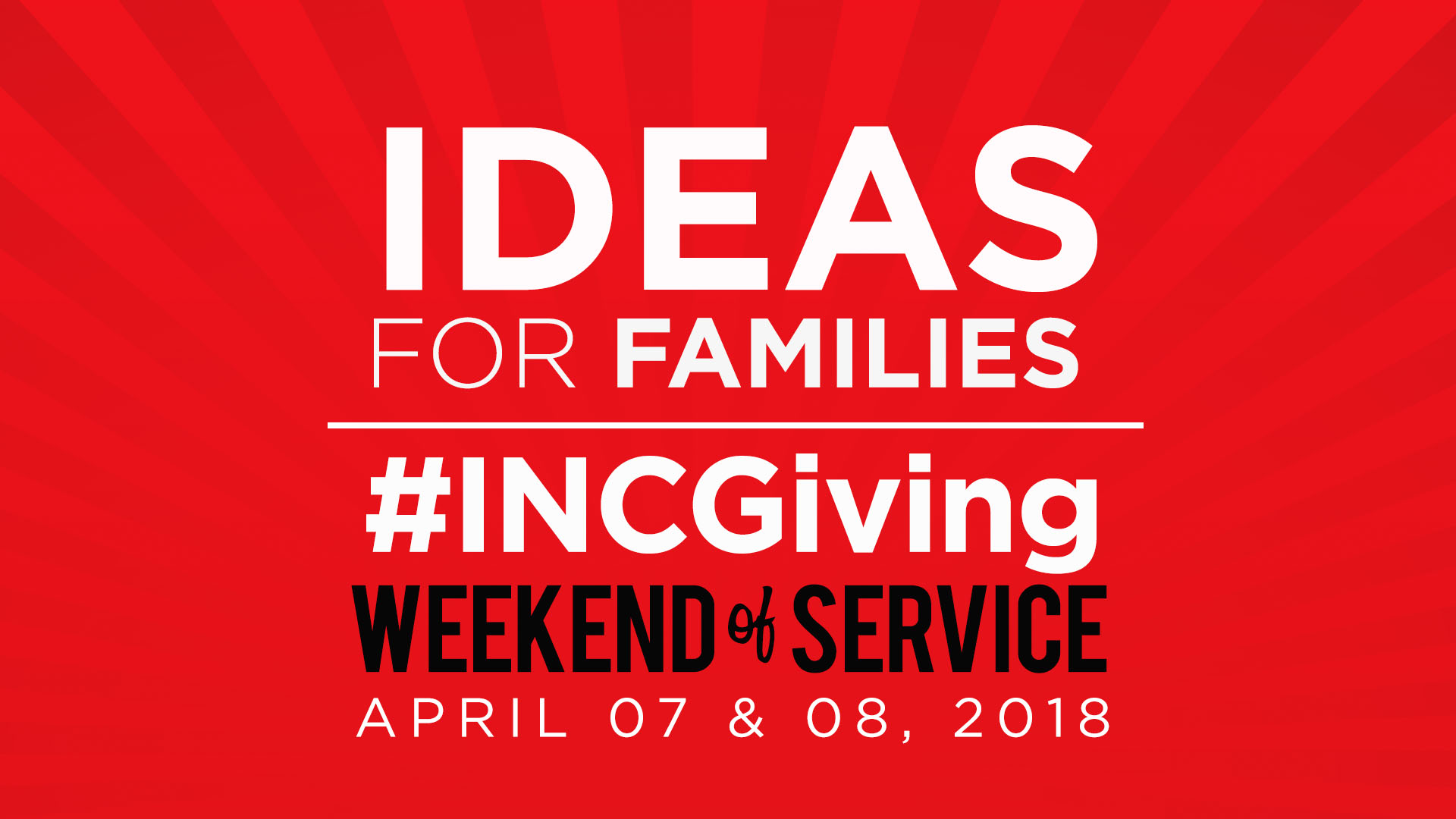 Find opportunities for your whole family to participate in. Here are some ideas on how your family can participate in the weekend of service.  Invite another family to volunteer with you. 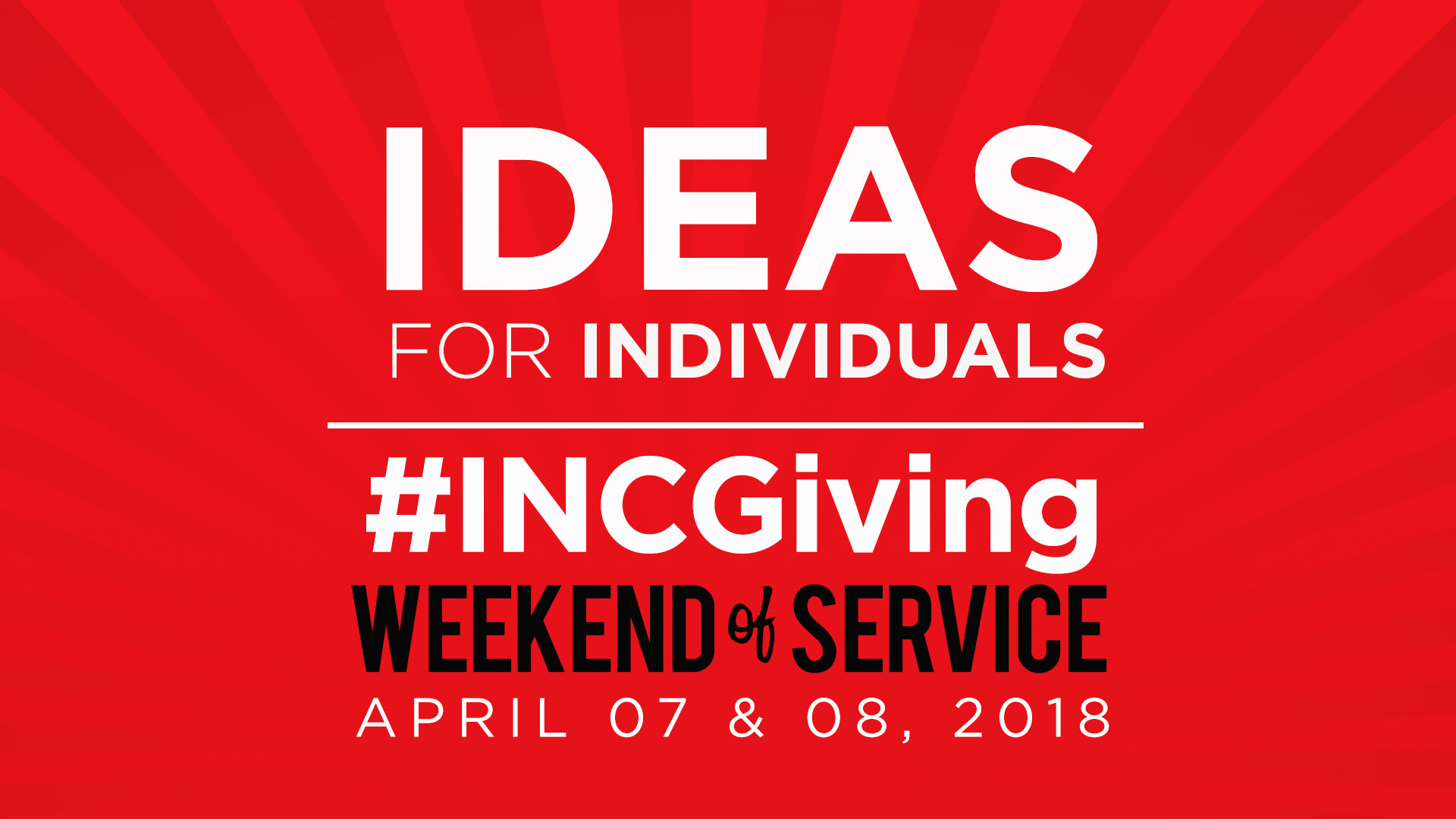 Look early for opportunities you can volunteer for or organizations looking for volunteers the weekend of April 7 and 8. Make sure to invite a friend or two to volunteer with you. 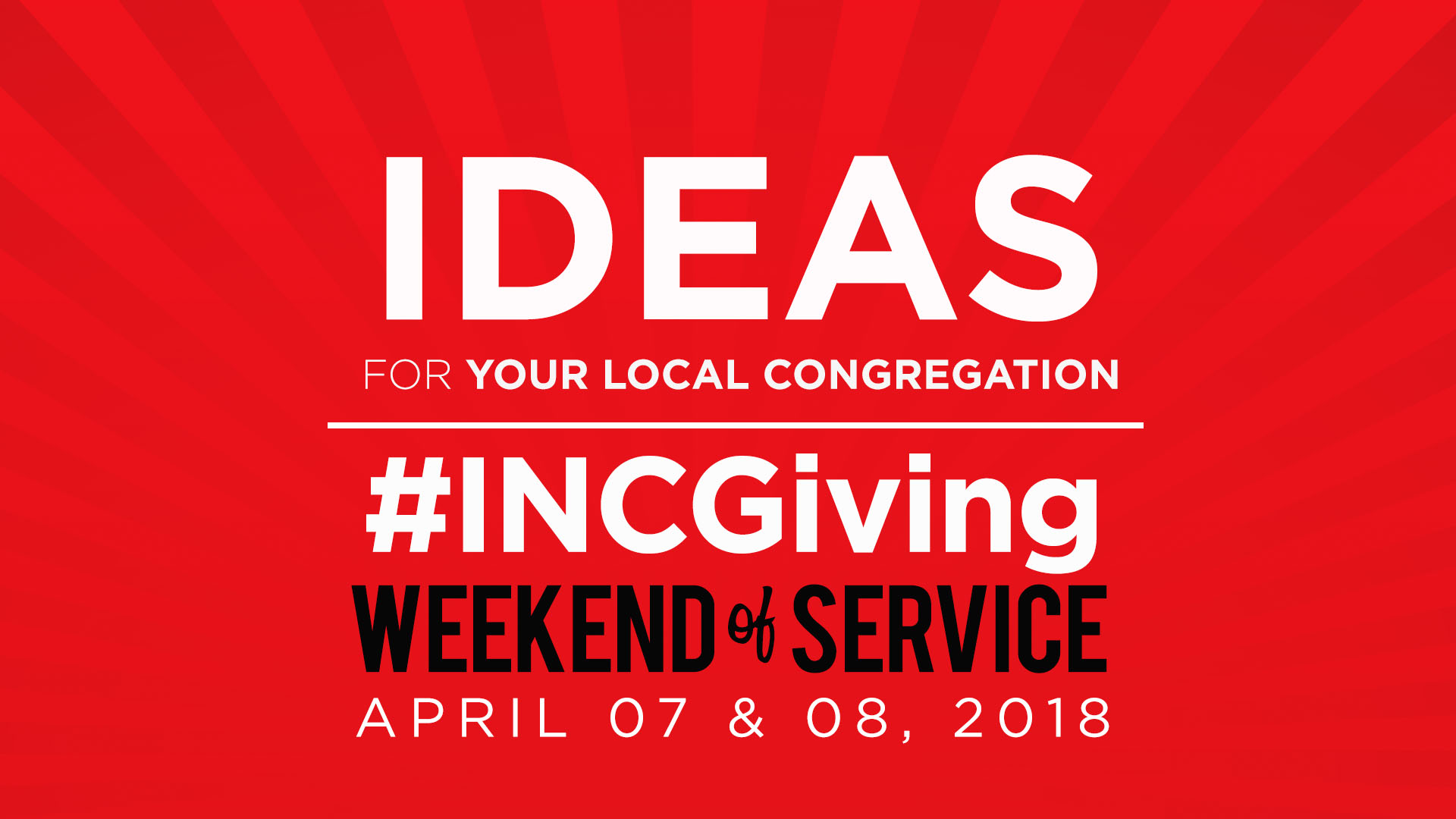 Volunteers play a huge part in the services organizations are able to provide in your city. Find out how many volunteers are needed and depending on the size of volunteers, you may need to find several opportunities to give everyone a chance to participate.

Here are some ways your local congregation can participate in the weekend of service: 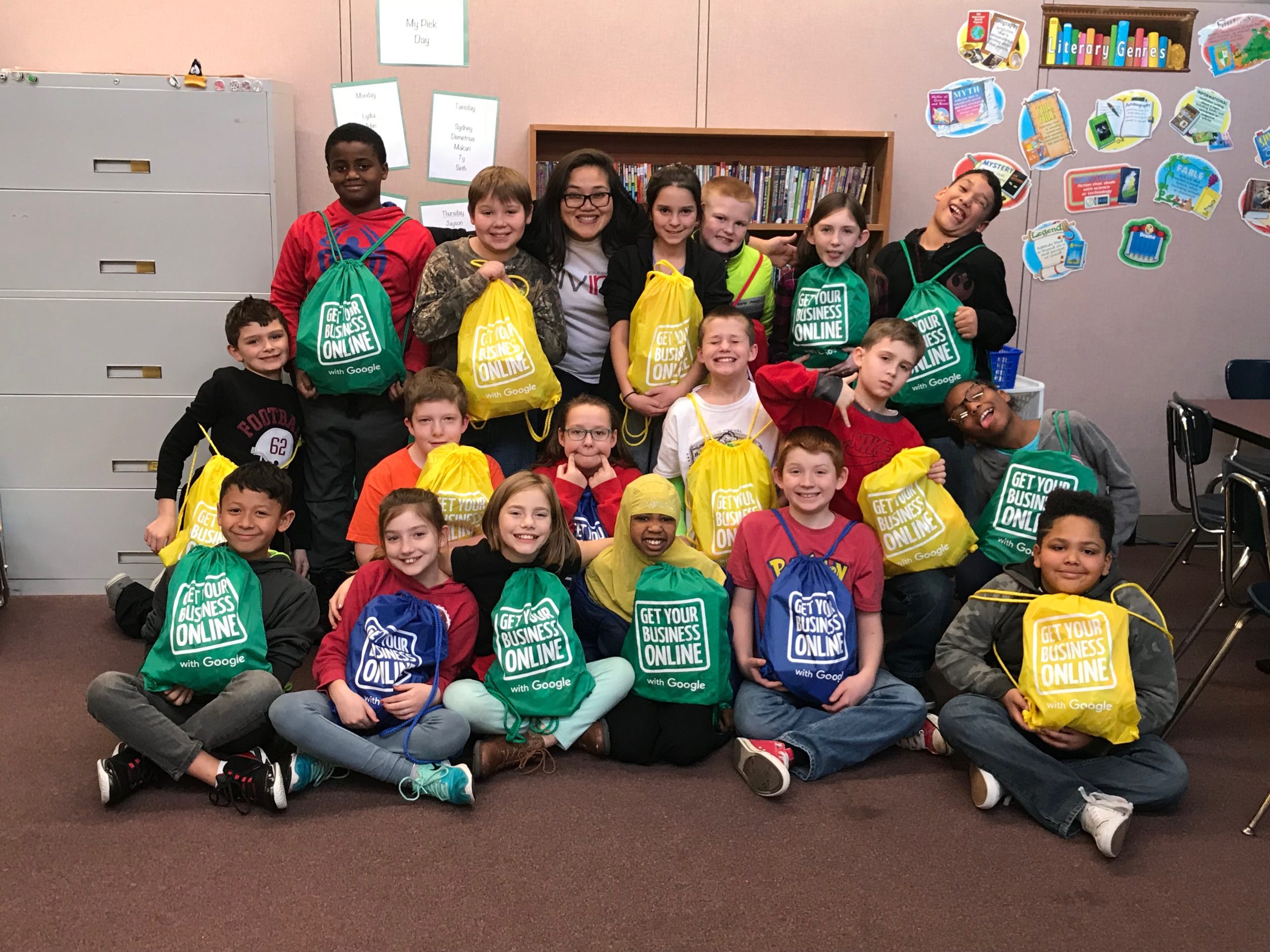 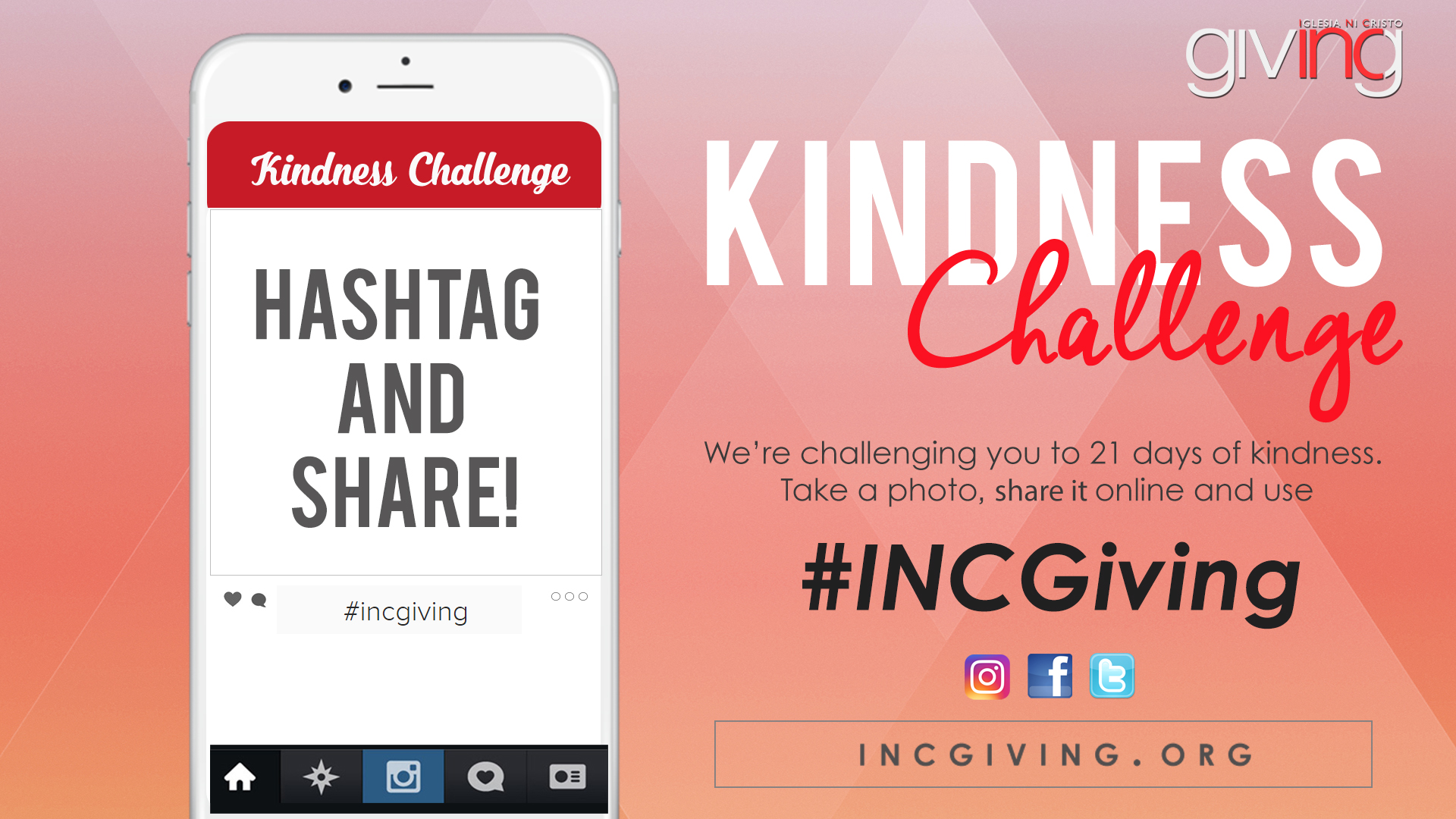 They say it takes 21 days for something to become a habit, so we’re challenging you to 21 days of kindness. Take a photo, share it online and use #INCGiving. We’ll be featuring some of your posts for inspiration on a future blog and on social media.

Below is a list of 21 different acts of kindness you can take part in. They’re easy. They’re simple. But, most of all, we hope they remind you of how powerful doing good can be. 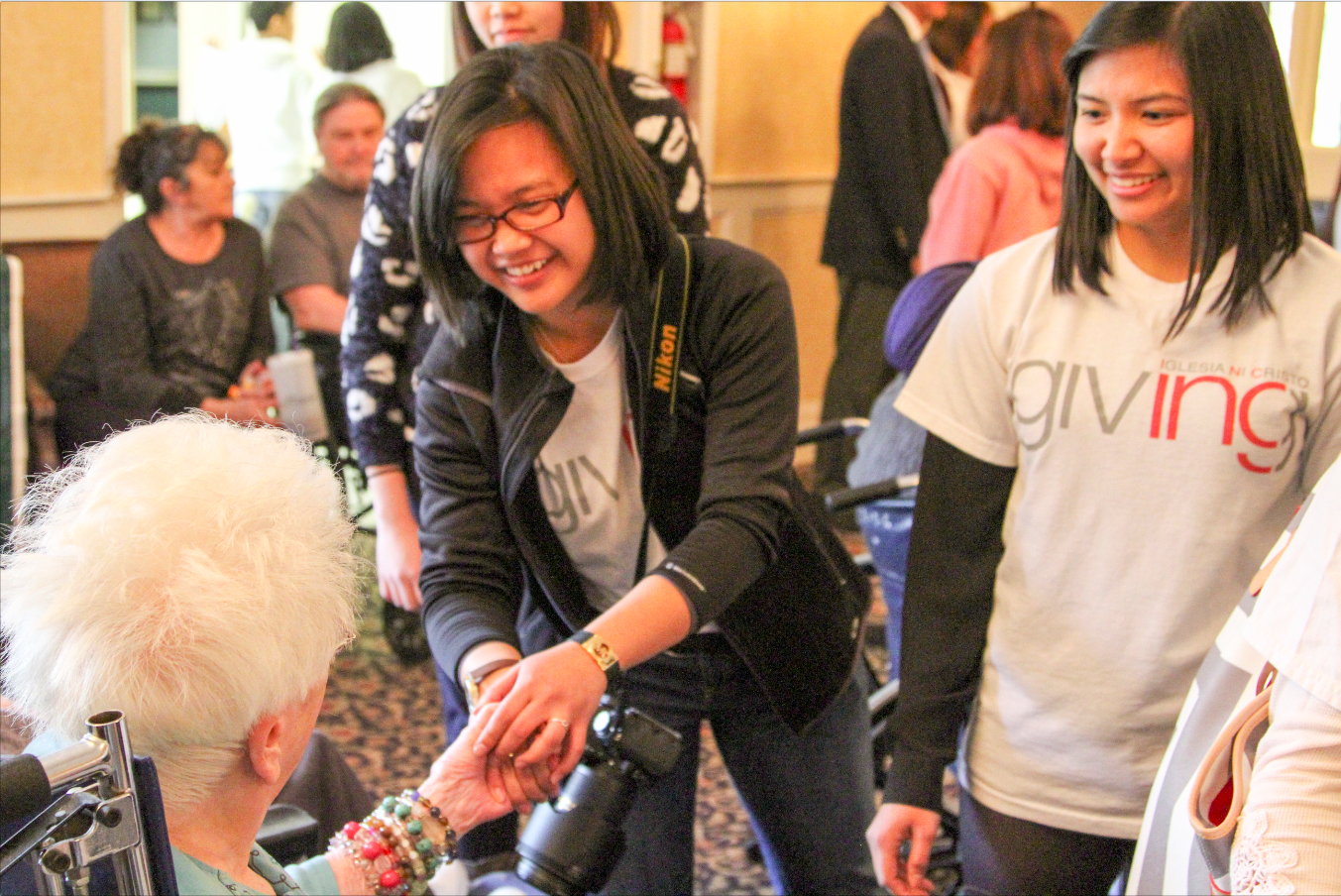 How To: Find Your Passion in Volunteering

In most, if not all communities, finding volunteer opportunities is easy; but finding the right one for you–that might be a little more challenging…but not impossible!

You may be thinking, “why is it important to find something that is right for me? Isn’t giving and volunteering about doing something for others?” It is; helping others is about the recipient. But imagine how much more help you could be, if you participated in a project or opportunity that you are also passionate about?

Reading, gardening, talking with people, music, sports, etc. – you love these things, so you don’t even think about how much time you spend on them and even try to find more opportunities to do them, right?

Chances are, you can find a perfect match that fits what you’re passionate about. And passionate volunteers are able to contribute even more to the needs of the community, because they’re willing to go the extra mile for whatever cause they’re supporting. It is no wonder most volunteer websites use “interest” as one of their search fields.   So let’s try it:

Do you like books? What about helping read to kids at the local community center? Do you like music and singing? Have you ever thought of volunteering to sing to patients at the local hospital or a retirement home? Or are you an artist who wants to help young people find their passion in art? Try searching for community centers in your city looking for individuals to donate their time to teach your craft.

Determine How Much Time You Can Commit. Are you looking to volunteer once a week, once a month, once a year? There’s an opportunity out there for you.

While many organizations look for 3-6 months of commitment a few hours a month, some may allow you to come in once in a while to volunteer or have one-time event opportunities. There’s even opportunities where you can be an “on-call” volunteer – coming in whenever there is an opportunity that opens up or there’s extra need with the organization. 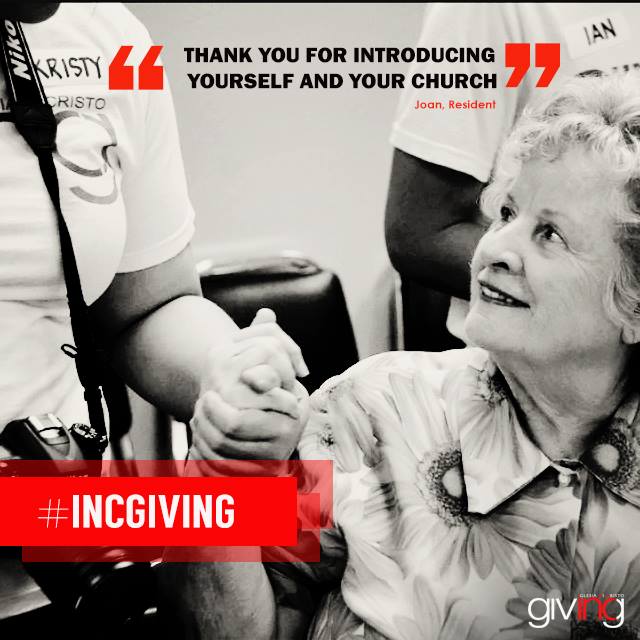 If you can’t find an opportunity, create one!

Sometimes what we are passionate about doesn’t fit it into the search boxes, but it doesn’t mean we can’t combine our passions with our drive to help others.  Here are some individuals who have done just that:

If you need that extra push, below are some helpful volunteer search sites around the world. Don’t see one on the list that you’ve used before? Email news1@incmedia.org, and share what other resources are available in your part of the world.