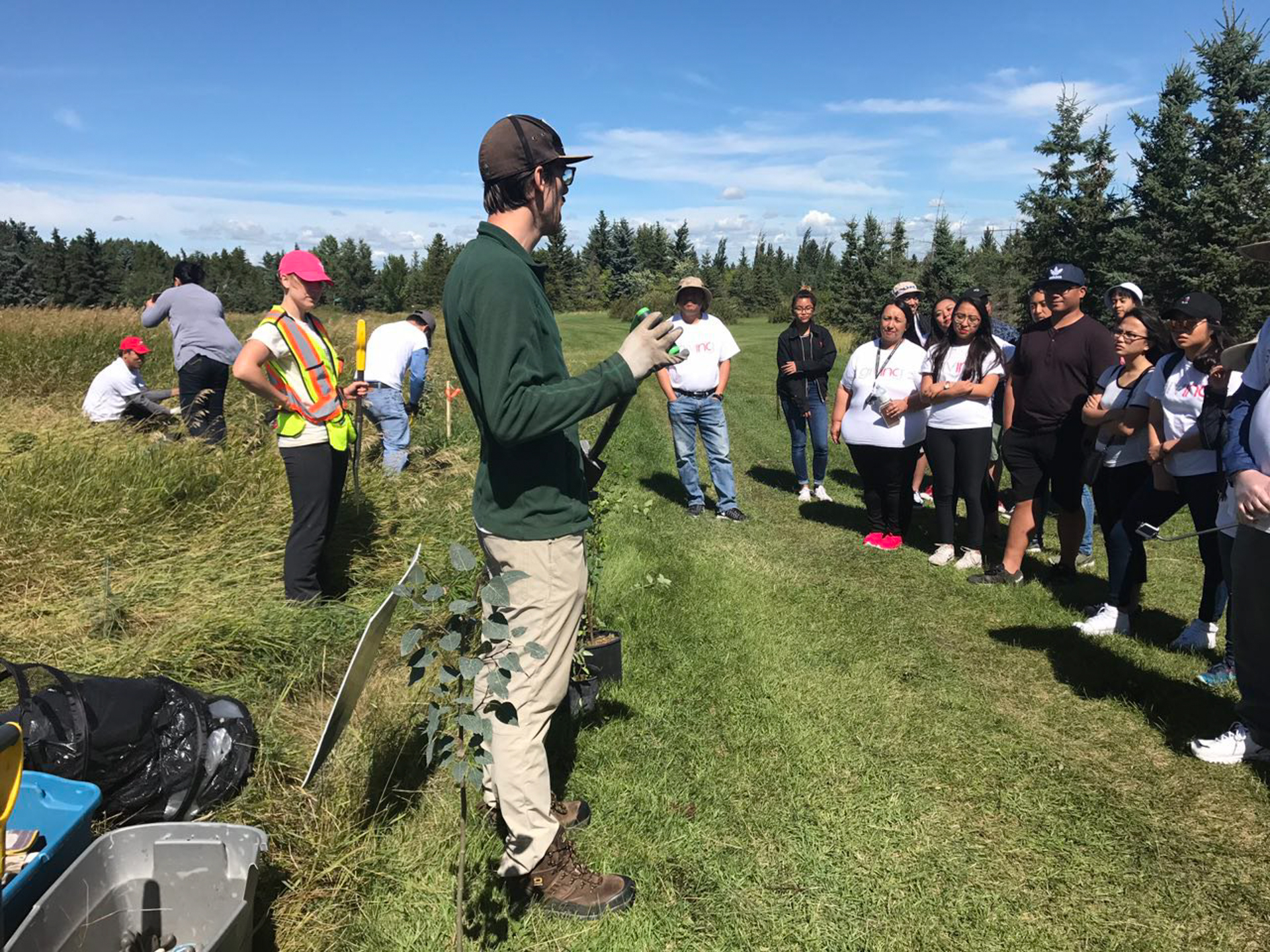 I was once told for one to leave their legacy behind they would have to do one of three things:

Not only would we leave behind a legacy, but we would also do our part in decreasing our carbon footprints by planting trees. On Saturday, August 19th, the local congregation of Eastwood had a tree planting activity in Hermitage Park, northeast of the city.

It was a bright sunny day but fairly breezy. Some of the youth even brought their friends from school with them to share in the experience. Parents also brought along with them their small children so that they can also do their part and teach them while they were young the importance of this activity.

City staff and volunteers from the Root for Trees initiative that was sponsored by the city of Edmonton welcomed us. They gathered us in a group and gave a brief seminar on what we would be planting and safety. We were fortunate that day to be planting not only trees, but also shrubs and wild flowers. The brethren were provided with shovels, spades and gloves. We just had to provide the enthusiasm.

There was a lot of excitement as the brethren took their shovels and trees in hand and headed towards different spots of the designated area. In teams of two or three, they were digging out holes, planting the trees by exposing some of its roots and then packing it with the soil that was dug up. A lot of cheerful encouragement and laughter was in the breezy air as well as the occasional scream as a worm would reach the surface.

The city staff and volunteers were so amazed with the turnout and mentioned that it was one of the biggest turnouts this year for their initiative. One of the volunteers, Katelynne said, “It’s so nice to see so many have turned out. Not only individuals but also, it’s nice to see families incorporating this into their lives. You guys were a big help.”

The INCGiving volunteers because of their unity planted a total of 577 plants.

After two hours of digging and planting, the brethren all left with smiles and with the notion that they did something worthwhile to help the environment. The INC members were also very thankful to the Church Administration for allowing us to have activities such as these.

Brother James Lajeras is currently assigned as the Resident Minister of the local congregation of Eastwood, Alberta, Canada.