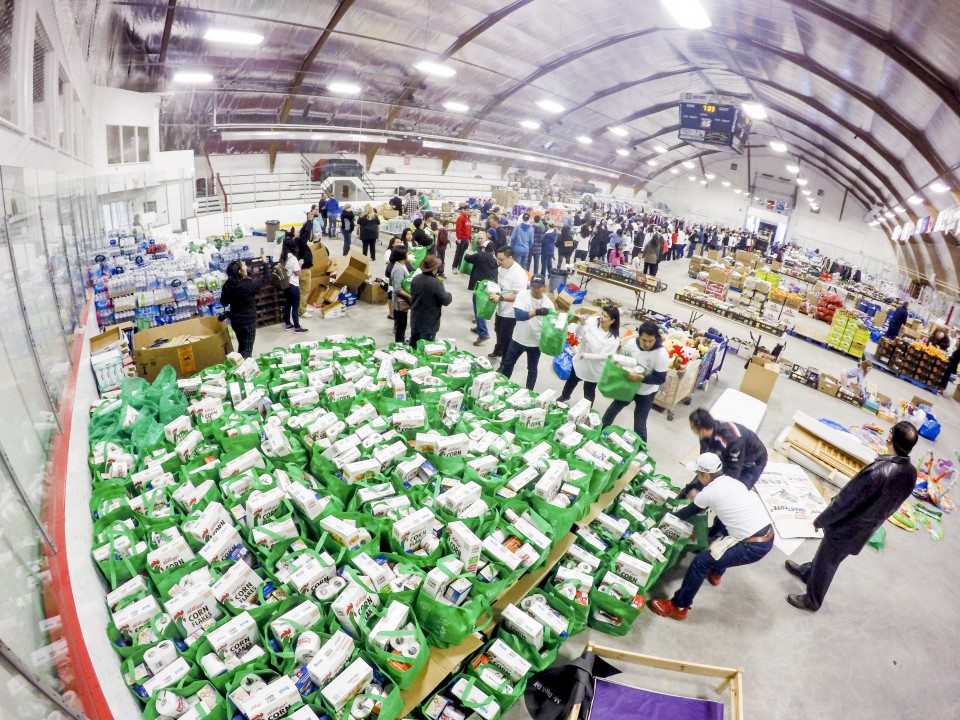 Helping Fort McMurray (Through the Eyes of A Volunteer)

The Globe and Mail, a Canadian Newspaper, called it a perfect storm of conditions, the way the fire quickly spread across Fort McMurray forcing about 90,000 residents out of their homes and into evacuation centers.

And while these conditions have resulted in devastation, they have also quickly created opportunities to practice what it means to help during times of need.

On the afternoon of Tuesday, May 3, 2016, we received news that the residents of Fort McMurray, Alberta, Canada were being told to evacuate due to a wildfire moving closer and closer to the city. Around 70 of the almost 100,000 Canadians evacuated were members of the Church Of Christ..

As I heard the news, questions began popping into my mind – Is anyone hurt? Are they all ok? What could we do?

The Response of The Church Administration:

The Church Administration was quick to respond to help those affected by the evacuation.

Brother Rolando Gaviola, the District Minister assigned in Western Canada, flew to Edmonton on Wednesday to visit the brethren from Fort McMurray, currently residing in the homes of their fellow brethren in Edmonton.

But this wasn’t the only response. Our beloved Executive Minister, Brother Eduardo V. Manalo, instructed the brethren in Western Canada to hold an INCGiving event to help those who were affected by the wildfire.

And so, my 12-hour drive from Burnaby, British Columbia to Edmonton, Alberta began.

Around 1:30 in the afternoon, I arrived at the Canadian Druze Centre where the repackaging of relief goods was held. I was greeted by many brethren from all over the Edmonton region, as well as some of the brethren who evacuated Fort McMurray. Around me, everyone had smiles on their faces as they finished unloading a huge truck filled with 2,000 pieces of 12 products – canned goods, pasta, toothpaste and toothbrushes, toilet paper, and many more.

During the repackaging, I was able to talk to some of the brethren and found out that many had told their employers that they would be at the Druze Centre to help in the repackaging of goods, to give out to those who were affected by the wildfire.

Brethren kept arriving throughout the day. Some came right after school, while others stopped by to help before heading to work. I felt the love and concern of the brethren even more because they were willing to sacrifice their own rest just to help out.

Repackaging sounds like a simple job and it is. But not when you have to make more than 2,000 bags of relief packages.

As early as 7:00 A.M., brethren were already gathered outside the Canadian Druze Centre. At 8:00 A.M., the brethren entered the hall to receive final instructions and to pray to our Almighty God for guidance before going on our 2 and a half hour drive.

After the prayer, we were on our way.

The SCAN (or the Society of Communicators and Networkers) members were quick to set up the tents and tables for the distribution. And the brethren lined up, creating a human transport, from the U-Haul Truck to the tents, passing the bags from one volunteer to another.

But we weren’t alone.

We were able to meet George Kourounis, the host of Angry Planet. He was intrigued by what we were doing, that despite being under the burning sun, the energy of the brethren was even hotter.

Bit by bit, evacuees came out to receive relief packages. Seeing their smiles warmed my heart so much, because you could see through their smiles that they were thankful for the help.

After donating about 1,000 relief bags at the Bold Center, the brethren then headed 30 minutes north of Lac La Biche to another evacuation center in Plamondon.

The second stop was a quick but meaningful stop. There were about 400 evacuees in this evacuation center. We dropped off about 500 relief bags, for the evacuees to get whenever they would need it.

After about 40 minutes of driving back south, we arrived at the Boyle Arena. The arena was not an evacuation site, but there are currently 500 evacuees temporarily living in the village, and the arena was serving as the place where evacuees could come and get whatever they needed, when they needed it.

As the last U-Haul truck backed into the arena, the brethren formed yet another line and started to unload the truck. Joining us in line were other volunteers from Boyle, as well as some evacuees. I was able to speak to Bonnie, one of the volunteers at the arena.

She and her sister even called their friends and fellow volunteers on the phone, and told them that they have to see what we were doing.

“It’s incredible. This is just unbelievable. I think it’s awesome that you guys [the Church of Christ] did this. I know there are Fort McMurray people here, we have them as volunteers and they stay and help us out. So I know for them to see this makes them feel good – this is just great” – Bonnie Lega

As I interviewed Bonnie, she began to get emotional, which in turn, also made me tear up. She mentioned that even though she’s tired from work, she still goes to the arena to volunteer because every bit of help counts.

“I love coming out here to volunteer because even though you’re tired out from work, look at this [us unloading our relief packages] I would never have seen this if I went straight home today after work.”

That’s what I felt, too.

And as I looked at my fellow brethren, I could tell this is what they were feeling as well.

By the end of the 12-hour day, brethren left the Boyle Arena with smiles on their faces and stories to share about how they commemorated the 130th birth anniversary of God’s Messenger in these last days, Brother Felix Y Manalo.