When police officers and firefighters receive a call, they expect to respond to an emergency. Last week was different – instead of having to race to a crime scene with blaring sirens, or rescue those trapped inside a burning building, they responded to an invitation from the INCGiving volunteers of the Iglesia Ni Cristo (INC or Church Of Christ).

On February 27-28, local congregations of the INC throughout Southern California, Nevada, Arizona and Utah honored the men and women who sacrifice day in and day out to protect the community.

Youth members showed their support by writing cards of thanks to recognize their efforts in keeping them safe and for all the sacrifices they make when in the line of duty.

While some local congregations visited these servicemen and women at their stations, other regions paid tribute by hosting an appreciation event, featuring musical performances and presenting recognition plaques and gifts to the guests of honor.

In Long Beach, Calif., the Long Beach Fire Department (LBFD), Long Beach Police Department (LBPD) North Division, and LBPD East Division were invited to the chapel compound for an afternoon of fun, food, and friendly smiles to greet them.

Approximately 20 law enforcement officers were in attendance, with about 80 brethren providing their entertainment and showing their appreciation. In return, the firefighters gave tours of their fire trucks and police cars, sharing stories of what life is like as servicemen.  One firefighter even showed scars from a fire he put out the previous day, stating it was “one of probably a hundred” in his career.

Commander Ruby Komisza of the LBPD North Division extends his “gratitude to everyone who made this event possible” in an email to Janice Blanco, one of the brethren who helped organize the local Police and Firefighter Appreciation Day.

Knowing how police officers and firefighters place their lives on the line to keep us safe, brethren took the time to express their appreciation in the spirit of giving. 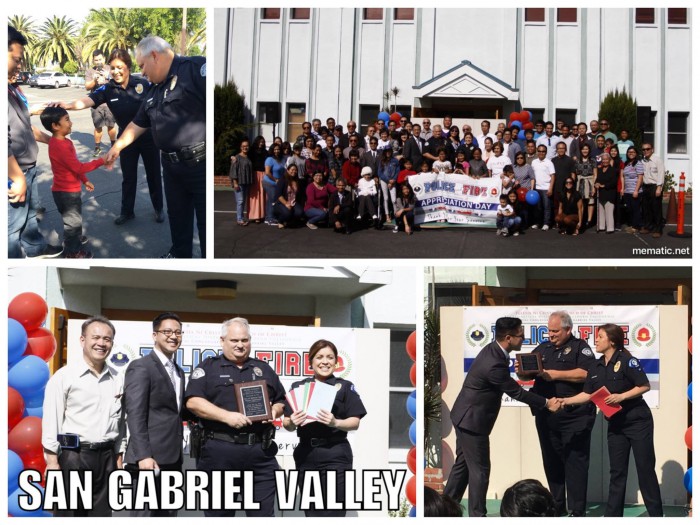 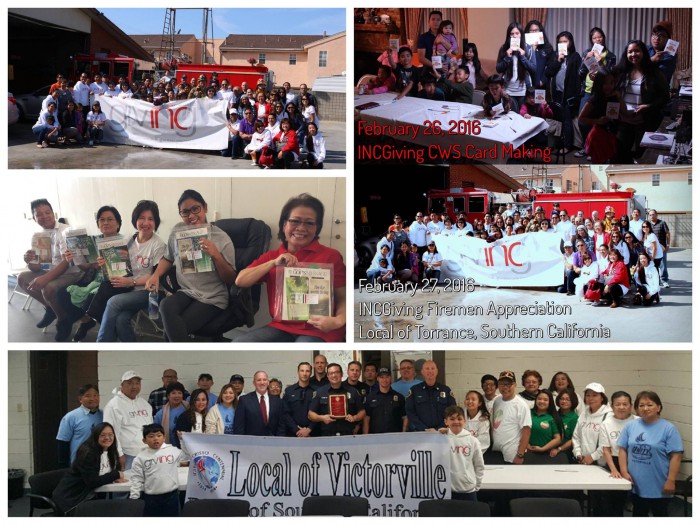 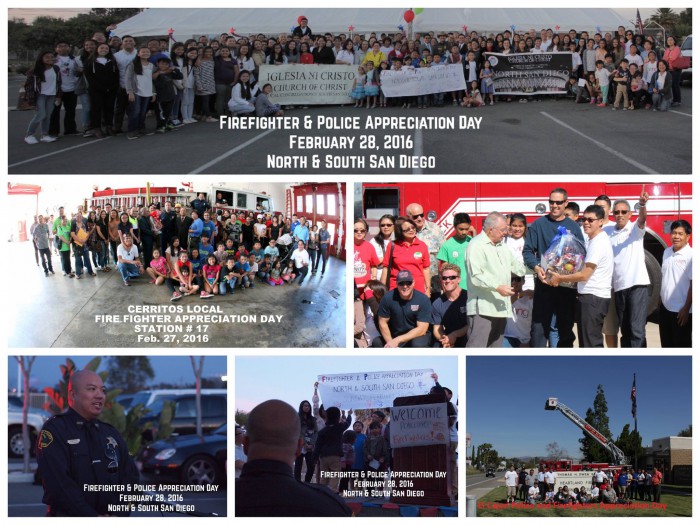 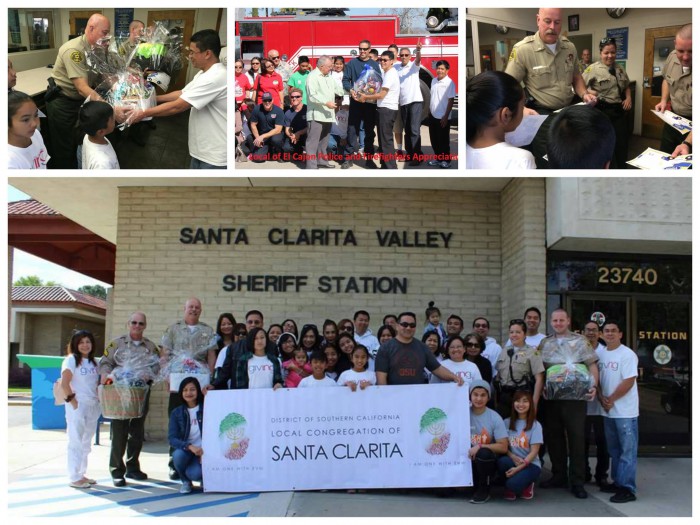 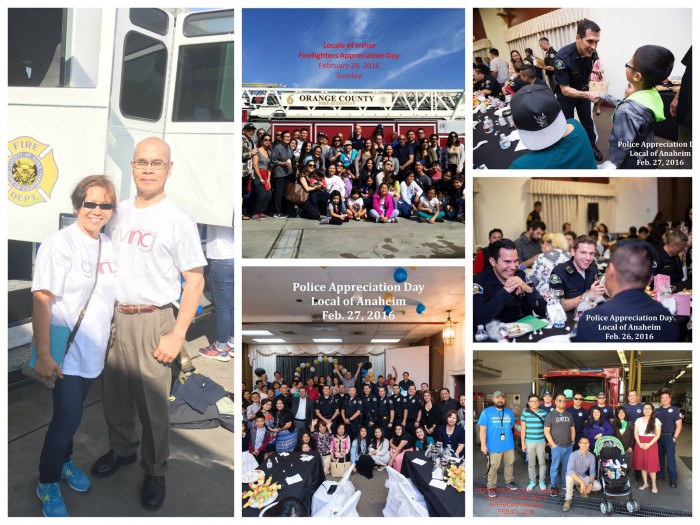 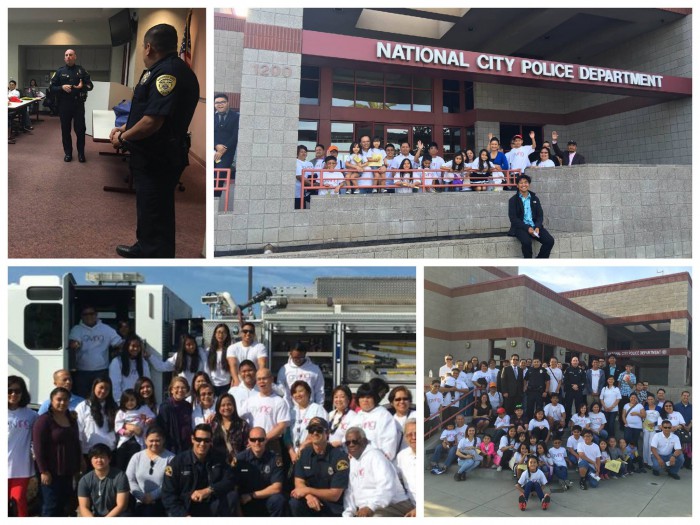 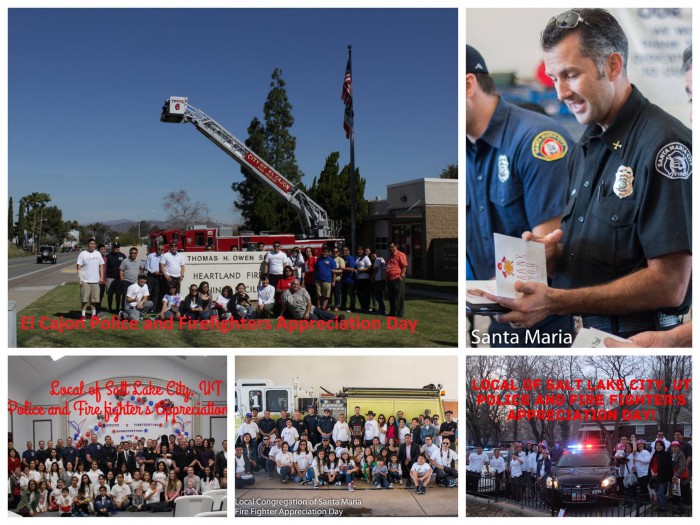